If you have any media questions, please email marketing@iowastatefair.org. 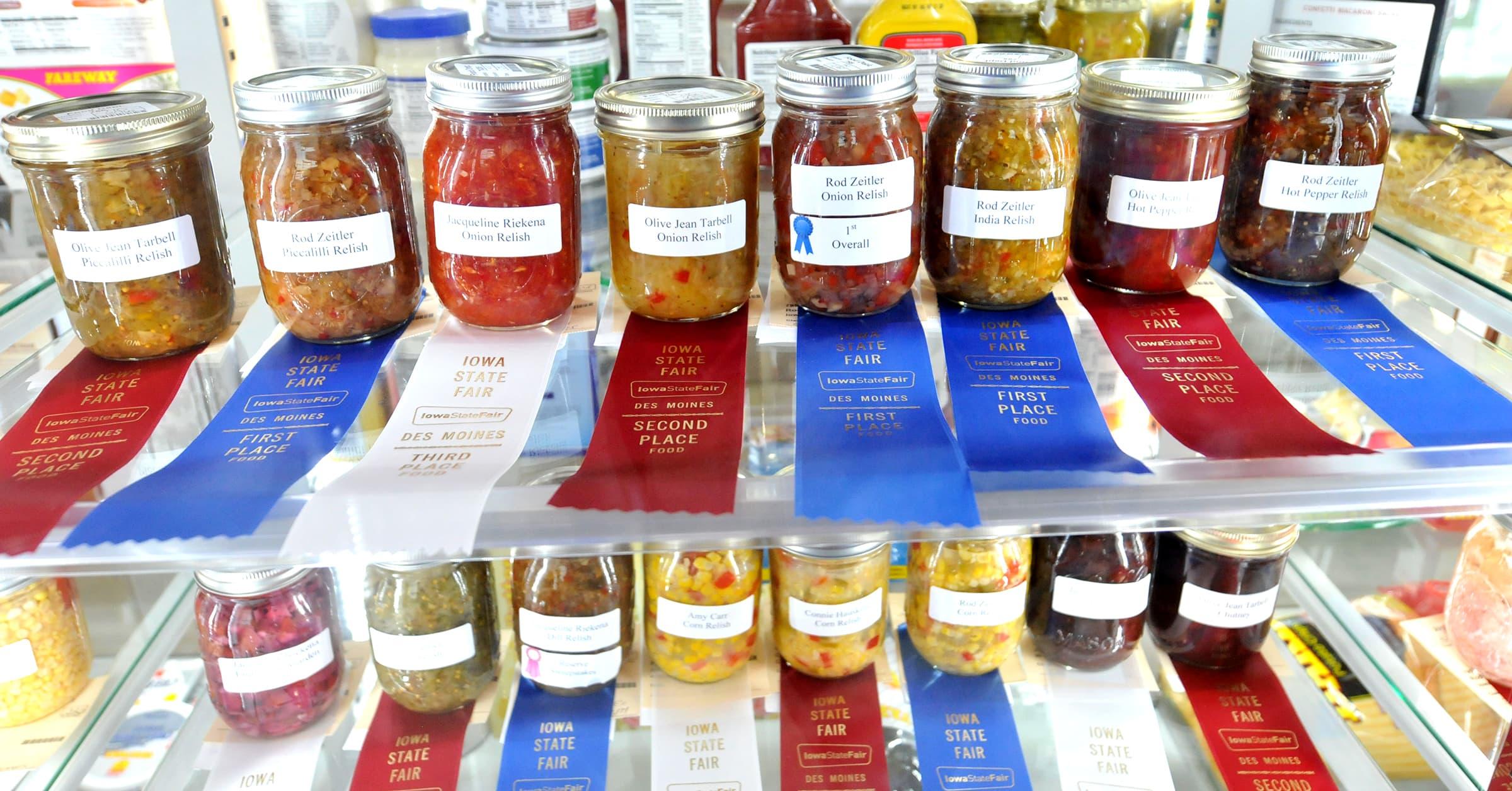 The internationally-acclaimed Iowa State Fair annually attracts more than a million fun-lovers from around the world. The award winning Fair has been recognized by Midwest Living magazine as one of the "Top 30 Things Every Midwesterner Should Experience." Iowa's State Fair is spotlighted as the only Iowa destination and the only state fair in the country as one of the world's must-see events listed by New York Time's Best Sellers in 1,000 Places to See Before You Die. The Fair's Sesquicentennial celebration was named the #2 choice for summer fun in America by USA Weekend. In 2015, USA Today listed the Iowa State Fair #2 by reader selection in the "Best State Fair" contest.

The State Fair is Iowa's largest event, annually attracting a million visitors from all over the Midwest, as well as the rest of the U.S. and many foreign countries.

The Iowa State Fair Blue Ribbon Foundation was established by the Fair Board to conduct a major capital campaign for the renovation and preservation of the historic Iowa State Fairgrounds. Since its inception in 1993, the Foundation has raised over $128 million through individual contributions, state appropriations, in-kind services, and corporate, federal and state grants. For more information on the Blue Ribbon Foundation, visit their website.

Sprinkled with Iowa wildflowers and shaded by century-old hickory, oak and walnut trees, the 160-acre Iowa State Fair Campgrounds are perfect for summer or Fair time relaxation. Camping facilities include 2300 sites with water and electrical hookups (734 sites with sewers) and many more without. Three dumping stations allow for convenient waste disposal for RVs and trailers. Three large bathhouses with showers, toilets and sinks accommodate thousands. A unique safe shelter, including an office and bathhouse, was completed in 2003. Iowa Emergency Management and the Fair collaborated on the tornado shelter, which is a prototype for shelters across the country. Reservations are only taken for campers staying the whole fourteen-day camping period. Overnight and weekend Fair time campers do not need a reservation.

The Fair moved to Des Moines in 1878. The Legislature appropriated $50,000 for the purchase of the present location in 1884, on condition that the City of Des Moines raise an equal sum for site improvements. The new Fairgrounds were dedicated on September 7, 1886. Thus, the 1986 Fair marked the 100th anniversary of the Fairgrounds; that same year the Iowa State Fair and Exposition Grounds Historic District was officially entered in the National Register of Historic Places. For more Fair history, check out our Historical Highlights.

With more than a dozen major building and exhibit facilities, plenty of parking and a full-time planning staff, the Iowa State Fairgrounds are a complete, year-round meeting and exposition center! More than 160 events taking place on nearly 480 interim use days attract more than 600,000 people each year. Large events include the Iowa Beef Expo in February and the World Pork Expo in June. Several flea markets and gun shows each attract 8,000-9,000 visitors during two-day runs. Additional facilities include parking for up to 15,000 cars, a 160-acre campgrounds, outdoor stages, picnic shelters, indoor/outdoor show rings, and horseshoe courts. The Fairgrounds off-seasons staff can help arrange for caterers, decorators, sound equipment and lights. They will provide tables, chairs, benches, forage and hay, dozers and forklifts, plumbers, electricians, hauling and clean-up at surprisingly low cost. And the full-time security staff can assist with any special needs. Visit the Iowa State Fairgrounds website for details.

The Iowa State Fair Authority is established as a public instrumentality of the state. The Authority is not an agency of state government; however, it is considered a state agency for the purposes of various administrative regulations. The law provides that all operating expense, maintenance, salaries, costs of entertainment, etc., shall be paid out of Fair revenue. No tax money is used. Legislative appropriations are used only for capital improvements or repair.

The Iowa State Fair Board employs approximately 60 people year-round. During the Fair, the roster swells to almost 1600 employees, including grounds, traffic coordination, judges, etc., in addition to contract services personnel. Concessionaires and exhibitors independently hire another 1000 workers and hundreds of volunteers help out during Fair time.

For additional information and/or interview requests, please contact the marketing department via: