Not always on your mind when you come to the Fair, the Iowa State Fair does have a healthy dose of good for you foods. In conjunction with Iowa's Healthiest State Initiative, The Des Moines Register and Iowa State University, we have created a list of healthy Fair food options. This list is based on the USDA guidelines for healthy meals with school lunches: 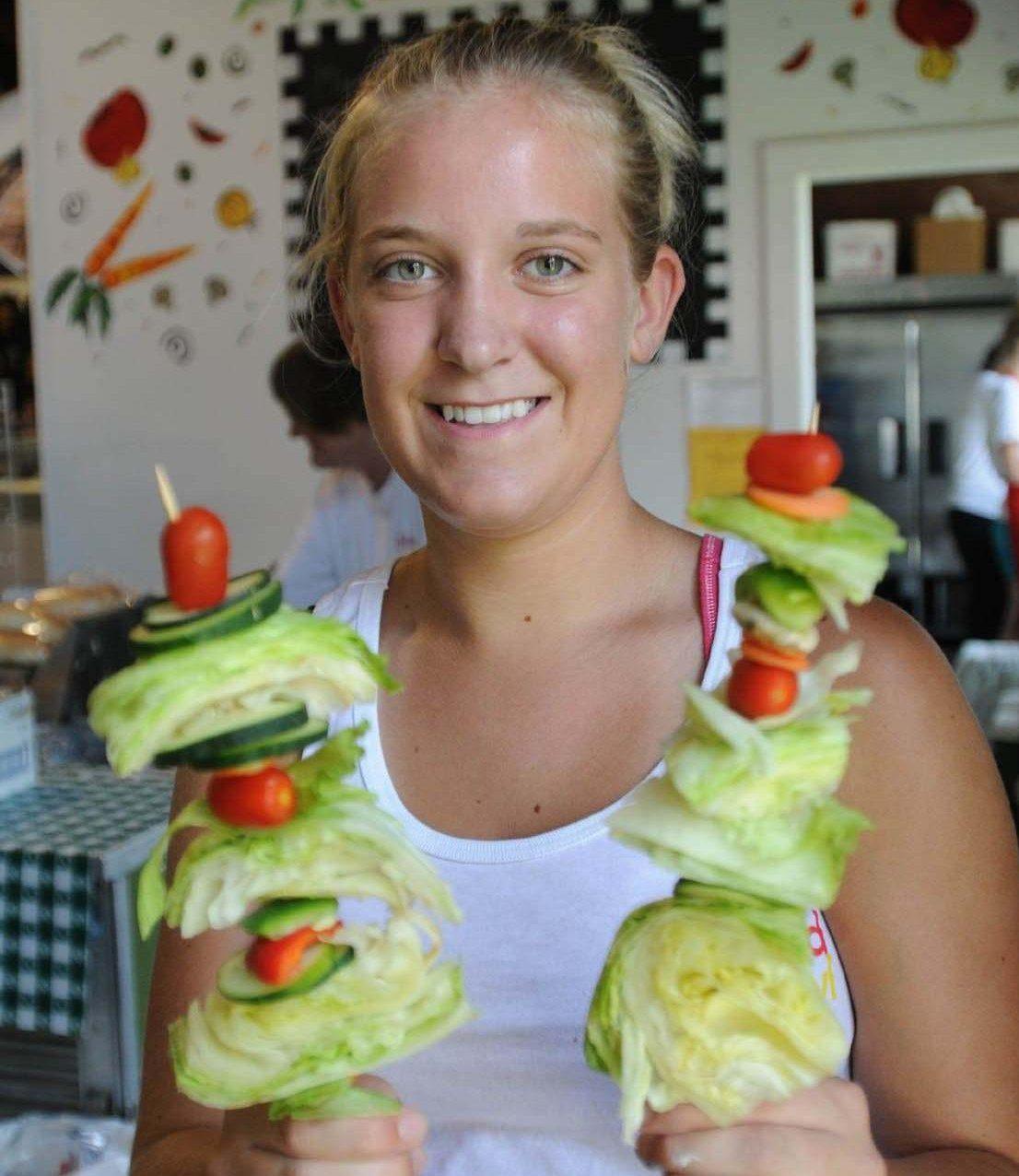 At Applishus (locations: east canopy of the Varied Industries Building; north side of Walnut Square; south side of walk on Triangle; and Cultural Center Courtyard), Westmoreland's Specialty Drinks (north side of Grand Avenue near Susan Knapp Amphitheater)

With a yogurt dipping sauce at The Salad Bowl (west balcony of the Agriculture Building; Cultural Center)

At Turkey Time Concessions (south side of walk on Triangle), Iowa Turkey Federation (west side of Riley Stage)

At Parlo Pizza's (on the hill by Grandfather's Barn)

NOT YOUR MAMMA'S TACO

PEANUT BUTTER AND JELLY ON A STICK

A tasty skewered version of this childhood favorite with grapes in between the sandwich pieces. The Salad Bowl located in the upper balcony of John Deere Agriculture Building.

At the Iowa Pork Producers Association (main location: east end of Grand Avenue; satellite locations: east of the main stand and on Rock Island Avenue west of the Livestock Pavilion)

A mix of cowboy beans, brisket or pork, coleslaw, a signature chip and barbecue sauce in a spice-flavored waffle cone, at the Rib Shack (south of the Riley Stage)

At The Salad Bowl (west balcony of the Agriculture Building; Cultural Center) – an iceberg lettuce wedge with carrots and tomato served kabob-style, served with dressing.

At Veggie Table (north of the Varied Industries Building)