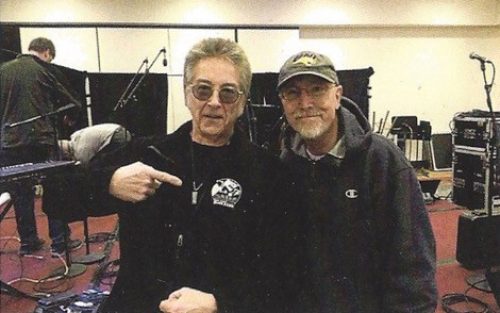 The first 36 1/2 of those forty years, Dorr and Petersen were original members of the Iowa Rock & Roll Hall of Fame band The Blue Band (who made yearly appearances at The Fair from 1983 through it's final summer, 2017) After The Blue Band’s final performance (on the Iowa Public Television Sound Stage, Jan. 20, 2018) Dorr and Petersen founded smaller bands to continue their music making careers, all the while meeting and playing with some of the state of Iowa’s premiere blues and roots musicians.

To celebrate their 40th year of making music together and the release of their new CD 2 Guys/40 Years/5 Decades/2 Centuries/1 Goal: Making Music, Dorr and Petersen are presenting a series of Bob Dorr’s Iowa Music Revue concerts. ALL of the acts have had some connection to Dorr and Petersen’s 40 year musical journey.

Dorr was sited by both chambers of the Iowa Legislature as an Iowa Cultural Icon, and is an inductee of the Davenport Central High School Hall of Fame.