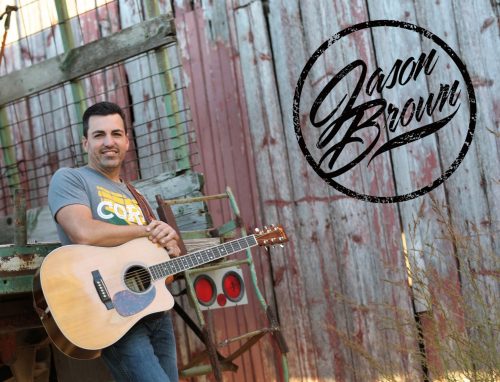 Country music recording artist, Jason Brown, has performed for hundreds of thousands of music fans across the Midwest. It is because of their continuing support, his dedication to the fans, and his loyalty and love for the music industry that Jason Brown is one of country music's up and coming, innovative artists. Jason Brown has charted 5 songs consistently on the Billboard and MediaBase Country Charts. "Momma Was A Rebel," "Touchdown," "I'd Love You To Hate Me," "You Don't Play Fair," and "We're All In The Same Boat". Brown has performed with country's leading artists including: Blake Shelton, Rascal Flatts, Trace Adkins, Alan Jackson, Gary Alan, Luke Bryan, The Band Perry, Chris Young, Lee Brice, Randy Houser, Easton Corbin, and Little Big Town, to name a few.

Jason Brown was born in the heart of the Midwest, three miles outside of Pella, Iowa, from a bloodline of truck drivers, coal miners and farmers. Like others in the Midwest, on Sunday mornings the family got together and would go into town for church. At the age of four, this is where his Grandma Ruth heard a voice. She knew there would be one there, she was just waiting for the right time; A voice she helped Jason discover and develop sitting with him at the piano after the farm chores were done. Jason recalls the first two songs he sang in front of a crowd on stage were "It Is No Secret" and "I've Got A Mansion Just Over the Hilltop." Gospel and traditional country songs, to this day, are some of Jason's favorite songs to sing. Jason says, "It takes me back to my family and the church members singing. When I was younger there was always a gospel hymn or country song playing or being sung."