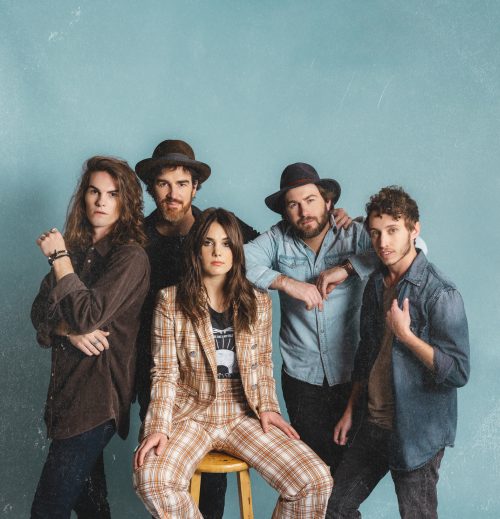 We The Kingdom is a Grammy Nominated multigenerational family of musicians, producers and songwriters consisting of Ed Cash (Chris Tomlin, NEEDTOBREATHE, Crowder), Scott Cash, Franni Cash Cain, Martin Cash and Andrew Bergthold. The band organically formed at a Young Life camp in Georgia where each of the five members – weary and heartbroken due to a number of difficult circumstances – came to lead worship. Late one night, as they spontaneously gathered to write a song for the campers, their collaboration caught fire, bringing with it personal healing and a fresh dream for the future.

An amalgamation of four different decades, We The Kingdom’s music embraces pop, country, folk and rock – with a heart rooted in worship. Together they write songs about the full spectrum of human emotion as they aim to capture brokenness, honesty and the redemptive power of God’s love through their vulnerable, gritty lyrics.

Praised by American Songwriter, Billboard, Relevant and CountryNOW, We The Kingdom’s Grammy Nominated debut album, Holy Water, features two back-to-back No. 1 hits – the organic title track which was just nominated for a Grammy in the category of Best Contemporary Christian Music Performance/Song. As one of the top 20 breakout acts across all genres in 2020, the group’s first single, “Holy Water,” reigned at the top of the Christian radio charts for eight weeks, earning them a Dove Award for “New Artist of the Year.” In addition, We The Kingdom has been featured on songs with Chris Tomlin, Tasha Cobbs Leonard, Bethel Music, Tommee Profitt and Rend Collective. Their current single, “Child of Love,” features Bear Rinehart of NEEDTOBREATHE.