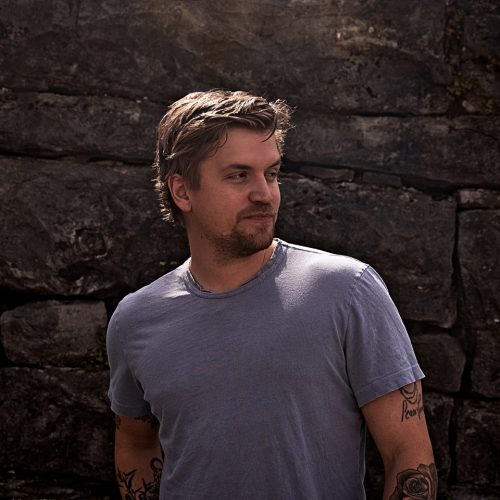 Singer-songwriter Levi Hummon spent his 20s practicing his art, but his immersion into country music started much, much earlier: the day he was born. His father Marcus Hummon is one of Nashville’s most prolific GRAMMY-winning songwriters, having penned hits for The Dixie Chicks, Tim McGraw, Rascal Flatts and many more.

Being raised by a songwriter and multi-instrumentalist meant that Hummon had master classes early and often, from the time his dad taught him his first three chords on the guitar, and he estimates that he wrote about a million songs with just those three chords. And now, with his viral Walker Hayes collaboration sensation “Paying for It” cementing his status as a rising country star, Hummon is just as at ease in a songwriting session as he is in the studio and on stage. His follow-up tune “Bottled Up” is one that Hummon says reveals more of who he is after a decade of honing his skills: a little countrier, with a roughness to his edges.

In order to create his own path as an artist, Hummon knows that he owes it to the family to hit country music with his best shot. “There’s something in our blood, and I won’t ever deny that,” he says. “I embrace it.” And while country fans are falling in love with the sound of 90s country music all over again, Hummon is the best one to take that nostalgia for a spin. “That frequency is relevant again,” he says, “and I am tuned right into it.” It is very apropos that Hummon - the son of a songwriter whose hits were so massive in the 90’s - is hellbent on carrying on the family legacy. A product of his environment, Levi was named one of Entertainment Weekly’s 5 Artists Breaking Now and Rolling Stone Country’s “One to Watch.”