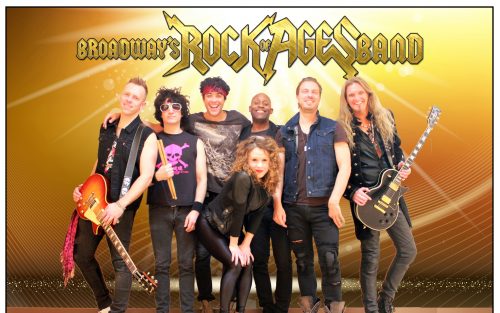 Simply, this group is A HAIR NATION HIT and smokin’ hot concert; The original band and select, lead singers that electrified performances of the 5-time Tony nominated Broadway production, ROCK OF AGES.

With a serious commitment to playing the greatest ‘80s rock hits the way they were meant to be played, this band has now stepped forward to crush those songs and melt some faces, in concert. Just raw rock energy and a thrilling performance of REAL ROCK by rock stars

The only group from the original Broadway and National productions who is Trademarked and recognized as Broadway’s Rock of Ages Band®. Noted for being a driving force behind the success of the original rock musical. Now the band has taken the songs, excitement, energy and mayhem on the road and leaving it all on stage.